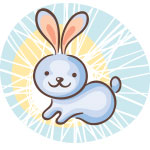 You have a short fuse when it comes to people who have wronged you in the past. Try to remember that all human beings are essentially flawed and you yourself may have wronged others without intending to do so.

Colour of the day: Papaya Whip